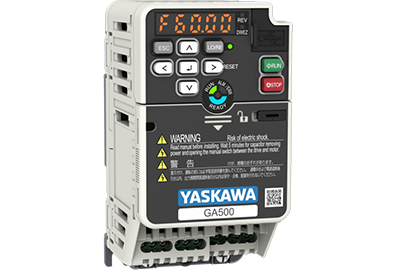 By Owen Hurst and Sarah Pickard

Motor control is one of the most important directions being taken to ensure efficiency, longevity of motor operation and to ensure downtime is minimized. And one of the most notable directions in this field is the growing demand for micro drives. As size is a common concern for those using drive technology micro drives can offer an optimal solution.

Recently we had the opportunity to chat with Edward Tom, Product Manager of Drives for Yaskawa America’s Drives and Motion Division to chat about their innovative GA500 Industrial AC Microdrive.

The discussion began with a consideration surrounding the development of the GA500. Edward noted that although the drive market is becoming increasingly competitive the GA500 was born out of more than competitive pressure or the desire to produce something new. “By working with customers and listening to their feedback, as well as the feedback from field teams, Yaskawa found a justification for a product that they knew end-users were looking for.”

Recognizing that there was a market need Yaskawa focused on making a next generation product that brought increased value and convenience to users while building upon the functionality and features of their core models such as the V1000. The field use of previous models served as essential information going forward with the development of the GA500, giving engineers an understanding of what changes to be made, and what to leave alone.

“It was essential to the development process that they understand how the GA500 would function not only at regular usage, but how the product would function in ten years if its limits were truly tested,” Noted Edward Tom.

Unlike some drives that are somewhat complicated to use or are limited in their capacity the GA500 was designed to be as straightforward as possible. The USB port on the GA500 is fully accessible, allowing the user to connect to and program the drive at any moment. Users can power up to five separate drives with one network option card, and the ability to program multiple drives at once means no longer spending time waiting for the power supply to arrive. Simply put the GA500 saves you time and energy.

The focus was not only on making the GA500 easy to use but also providing users with all the additional knowledge and tools they need to implement the drive right from the start. Edward explains that “accompanying tech sheets include a QR code to quickly give the user all required information. Also included with purchase of the GA500 are mounting dimensions and a template are included along with a simplified pictorial startup guide.”

The Microdrive was designed with an intuitive keypad and setup wizard that substantially reduces setup time. The GA500 connects to your network in less than sixty seconds and supports all major industrial communications and connection topologies to adapt to various factory automation networks.

So far, customers have been enjoying the new look of the product. As Tom noted, “We wanted to give them experience and get them from A-B, with ways to get to resources that help to make their experience enjoyable. We want setup to be simple enough that customers forget how easy it was to install.”

Everyday terms come into use in the electrical industry, one of which is ‘motor winding’. But what exactly are motor windings, what goes into them and what are their differences? 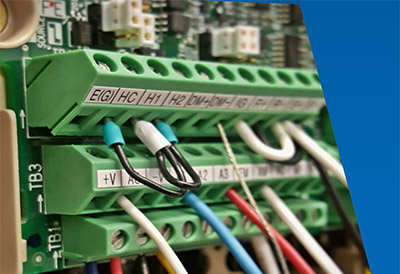 As variable frequency drives (VFDs) are becoming the primary go-to solution for motor control, their capability is not something that can be matched. With every new generation comes better performance, smaller size, and greater functionality. 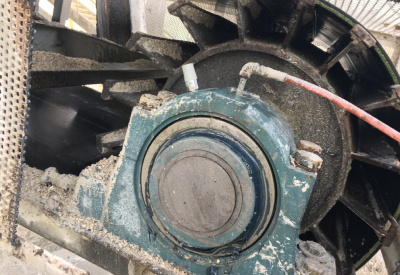 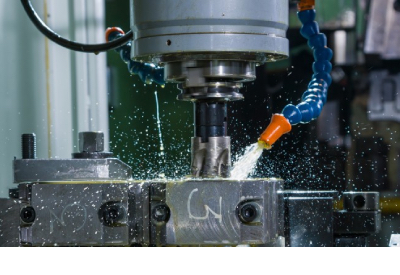 The global wire and cable market worldwide is estimated to grow from $335 billion in 2021 to nearly $427 million by 2026 according to a report by Research and Markets. The market is expected to grow annually by about five percent over the next five years. This continued growth is being driven by the increasing demand for electric vehicles, industrial automation products and infrastructure cables. 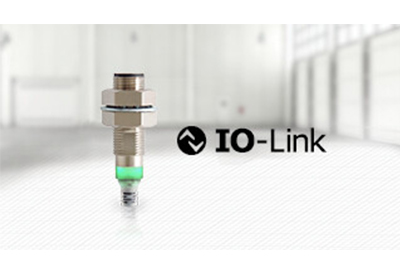 Sensing technology has a major presence in manufacturing machinery. It provides the foundation for maintaining consistent quality and detecting any lapses in machine performance. If subtle changes in the physical properties of a machine can cause it to fail, then the sensors responsible for detecting those changes can save manufacturers lengthy downtime and repair costs. 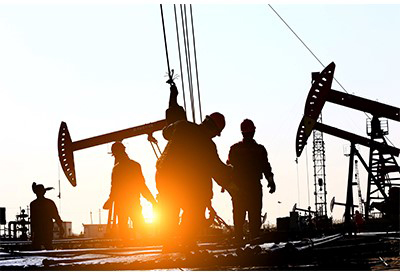 As an oil and gas producer, you may be feeling the effects of relying on an outdated power-distribution system. You’re facing reduced productivity, increased safety risks or additional stress due to the constant need for troubleshooting.