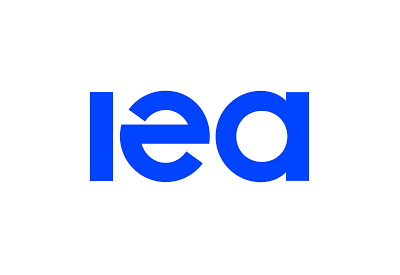 At the end of the three-day Global Conference in Sønderborg, Denmark, on 7-9 June, ministers and other senior representatives from 24 countries – including France, Germany, Indonesia, Japan, Mexico, Senegal and the United States – and the African and European Unions issued a joint statement stressing the importance of energy efficiency for addressing many of today’s critical challenges, including the energy crisis, inflationary pressures and rising greenhouse gas emissions.

The governments said they intended “to continue to seek opportunities for exchange and collaboration towards better policy making and implementation of energy efficiency actions.” They asked the IEA “to continue to facilitate and support these actions” and called on “all governments, industry, enterprises and stakeholders to strengthen their action on energy efficiency.”

IEA Executive Director Fatih Birol said: “The IEA started the Global Conference on Energy Efficiency seven years ago in order to drive a high-level worldwide discussion on an area that we saw was not getting the policy attention it deserved. This week’s conference has shown the value of these efforts, not just in bringing together energy and climate leaders from around the world – but also in increasing ambition and action on efficiency to help tackle the global energy crisis. I believe we will look back at this conference as a key moment for bolstering international progress on energy efficiency, resulting in reduced energy bills for citizens, enhanced energy security for countries and lower emissions for our planet.”

The Global Conference was co-hosted by Denmark’s Minister of Climate, Energy and Utilities Dan Jørgensen, who said: “This is a global recognition of energy efficiency and its importance for our climate as well as our push for energy independence. If we work together, share our knowledge and showcase our different technologies, as we have shown ours here in Denmark, we can increase our global efforts for energy efficiency.”

Over the three days, participants discussed issues such as buildings of the future, the role of consumer behaviour, and how to unlock financing for efficiency measures. The final day today included a unique closed-door session where Ministers shared best practices on how to put intentions into action.

According to the new IEA analysis, doubling the current global rate of energy intensity improvement to 4% a year has the potential to avoid 95 exajoules a year of final energy consumption by the end of this decade compared with a pathway based on today’s policy settings. This is equivalent to the current annual energy use of China. That level of savings would reduce global CO2 emissions by an additional 5 billion tonnes a year by 2030, about a third of the total emissions reduction efforts needed this decade to move the world onto a pathway to net zero emissions by mid-century, as laid out in the Net Zero Roadmap the IEA published last year.

These extra efforts on efficiency and related areas would cut global spending on energy. For example, households alone could save at least USD 650 billion a year on energy bills by the end of the decade compared with what they would have spent in a pathway based on today’s policies. The quantity of natural gas the world would avoid using is equal to four times what Europe imported from Russia last year, while the reduced oil consumption would be almost 30 million barrels of oil per day, about triple Russia’s average production in 2021. This global efficiency effort would help create 10 million additional jobs in fields ranging from building retrofits to manufacturing and transport infrastructure.

The new IEA analysis shows the significant opportunities for rapid energy efficiency gains in all sectors of the global economy. Most of these opportunities involve readily available technologies and would fully pay for themselves through lower running costs, especially at today’s steep energy prices. By 2030, around a third of the avoided energy demand comes from deploying more efficient equipment, ranging from air conditioners to cars. About a fifth comes from electrification, such as switching to heat pumps or electric cars. Digitalisation and use of more efficient materials in industry provide much of the rest. 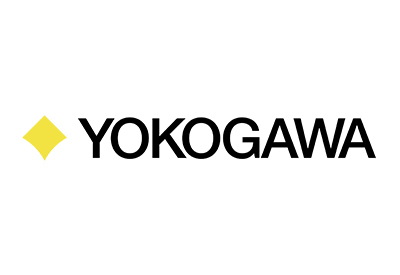 Based on its recent analysis of the North American integrated performance management market, Frost & Sullivan recognizes Yokogawa with the 2019 Global Customer Value Leadership Award for its differentiated solution offerings – Oprex Profit-driven Operation (PDO). This solution is expected to become the standard for managing global plant operations. 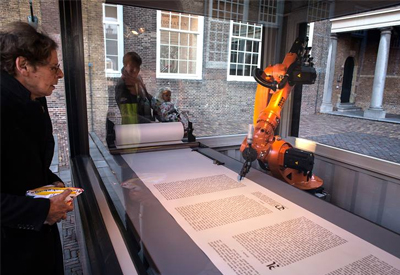 The art group ‘robotlab’ installed a KUKA robot in the city of Dordrecht. There, it is transcribing the Bible. The art project is part of the festivities for the 400th anniversary of the Synod of Dordrecht – a seminal event in the history of Dutch Protestantism. 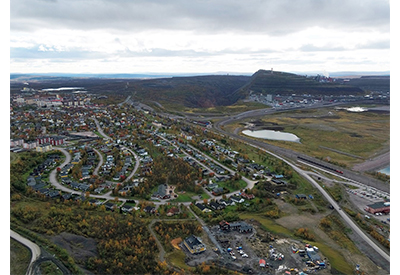 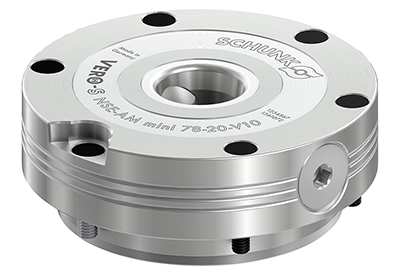 The completely sealed quick-change pallet system SCHUNK VERO-S NSE-AM mini 78-20 promises short set-up times and high productivity in three-dimensional printing and was particularly designed for the use in additive manufacturing. The module transfers the idea, which has proven for many years in the metal-cutting process of setting up machines for laser sintering (SLS) and laser melting (SLM) within seconds. 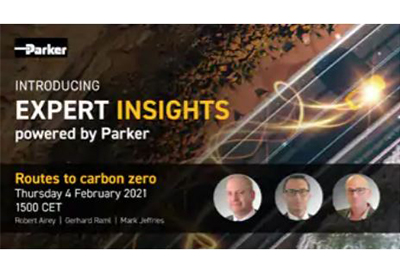 Parker Hannifin will present the first in a new series of ‘Expert Insights’ tech talks on Thursday 4 February 2021. In the opening discussion, international keynote speaker Mark Jeffries will interview two Parker experts on the topic of emissions reduction.